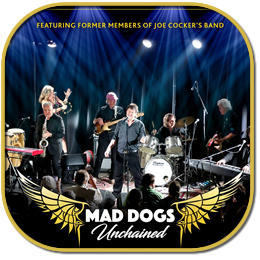 THE MISSION: Play the songs just as we did with Joe keeping his legacy alive.

Mad Dogs Unchained has been selling out theatres across the US and Europe, bringing crowds to their feet with #1 hits like "A Little Help From My Friends," "Unchain My Heart," "When The Night Comes," "The Letter," "Feelin' Alright"...and then to tears with their new intepretation of "Purple Rain."

THANKS TO OUR SPONSORS~YOU HELP KEEP LIVE MUSIC ALIVE!

Cliff, Deric and Mitch not only share a past with Joe Cocker, they also share his musical vision. Together and at different times over four decades, they toured the world with one of the most iconic voices in rock history. Playing on many of his records together, their careers were forever intertwined. This connection afforded all of them the great opportunity to perform at places like Carnegie Hall, Wembley Stadium, and The Royal Albert Hall. All of this was highlighted by playing a historic free concert in Berlin the day the wall came down in 1989.

After Joe's passing, Deric and Cliff talked and felt the need to keep his music alive. They reached out to Mitch to propose their idea for a project and he was in! But one question remained: Who could possibly stand in Joe's shadow and sing his songs? They had almost given up until a chance hearing of Elliott Tuffin.

Living in London, Elliott became a huge fan of Joe's and a great singer in his own right. He had posted some of his material on Facebook. Recently, Cliff's wife SueAnn was listening to Elliott's version of Unchain My Heart. The similarities between the two voices were so uncanny, Cliff thought his wife was listening to Joe but realized she wasn't. It was Elliott Tuffin! Cliff and Deric decided they had found the guy with the voice that could make Mad Dogs Unchained possible.

Elliott's true love and respect for Joe was undeniable. That along with his incredible voice made Deric and Cliff feel they could now do justice to Joe's legendary music. 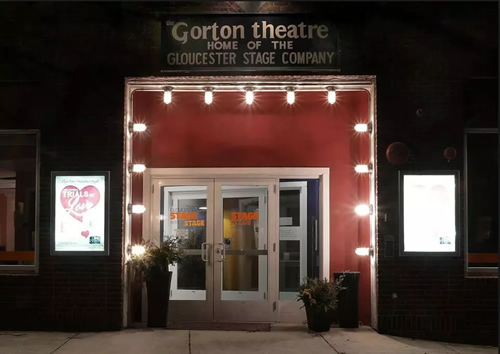 Gloucester Stage is a pleasant 45 minute drive up the coast from Boston with plenty of free parking available. See Map & Parking.